Is buff.game legit? All about buff gaming rewards & buff coins. 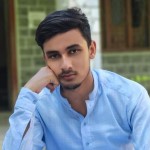 Is buff.game legit? Today we’ll talk about buff gaming. Using Buffs, you can earn free buff coins while playing games online. These buff coins are then used to purchase gaming gadgets like t-shirts, paid skins, hats, etc. that you can use to buy your own items.

Buff.game became popular in a very short period of time. This platform asks you to download the game and then play it. After playing the game, you earn buff coins with these coins. You can turn these coins into passive income and you can purchase new gadgets using these coins.

Overall, Buff is similar to PlayVig in that it allows you to earn rewards for playing video games and submitting your favorite clips.

According to Buff, Buff has over 450,000 active daily players who play video games to buff and earn rewards as a result of their participation in the game.

On Buff, you will find a number of other games, some of which are listed below.

How does Buff Work?

Here we will cover how buff website works and what is the process of earning rewards through it.

First of all you need to download buff app or software for android, IOS or windows. Buff provides PC games mostly. So it is best for PC users.

After downloading you can create an account on buff and then start using it.

Whenever you play any game buff runs in the background. If you have a better KD ratio then you will earn more coins. You win more matches you will get more coins. Buff track your game performance by using overwolf technology.

” Our software doesn’t impact game performance and you will not notice that it’s even running while you are playing your favorite video games.”

After earning a buff coin. Buff coins will be deposited into your account. Then you can buy rewards using these coins. Most of the buff rewards cost 1500 buff coins. So to get any reward you must have a minimum number of buff coins.

You can check out buff marketplace to explore for new rewards.